NASA, in cooperation with the Canadian and French space agencies and operated by Johns Hopkins University, developed the Far Ultraviolet Spectroscopic Explorer (FUSE) as a telescope project for viewing the universe using non-visible light in the electromagnetic spectrum. FUSE looks at light in the far ultraviolet portion of the electromagnetic spectrum previously unobservable using other telescopes. Launched in 1999, the FUSE mission continues operations to explore the far reaches of the universe, seeking to answer questions of origin and space anomalies we know little about.

The FUSE satellite consists of two sections: the spacecraft and the scientific instruments. Control of the FUSE spacecraft is a particularly tedious operation considering the nature of its mission. The telescopic instruments must not only be directed correctly to the area of space to be studied, but solar panels must be realigned regularly to assure consistent charge of batteries, and adjustments must be made to account for "gravity gradient" torques on the satellite.

The Sammi Application Development Kit (ADK) is used by the FUSE project as the graphical interface for mission critical command and control. As a commercial off-the-shelf (COTS) software, Sammi has proven the best option for graphical interface display in other NASA projects such as Mission Command Central (MCC), international space station operations, astronaut training simulations, the ASIST project and others. With international organizations on board such as the Canadian and French space agencies, the graphical interface solution must be easy to use for all parties involved. With Sammi’s Task Scheduler users can set actions to take place automatically, such as the printing of a report or the start of a process. The task scheduler can be set to run a task for all users who log in, or customized on a user by user basis, thus adding the flexibility needed for a multi-user project such as FUSE. 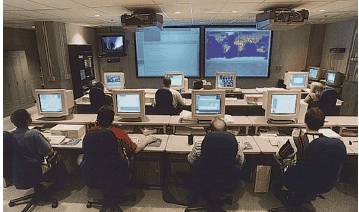 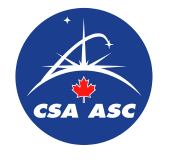